We were over the moon to find out we were pregnant 2 months ago.  I’m over the age of 35 (“advanced maternal age” in the medical community), so I was a bit more cautious this time around.  When over 35, your pregnancy is immediately classified as high-risk.  It’s been 11 years since my last pregnancy so it was time to read up on pregnancy for the over 35 crowd.  I reached out to friends for medical referrals and started making appointments.  I also learned about new screening tests available and planned to schedule any recommended ones. 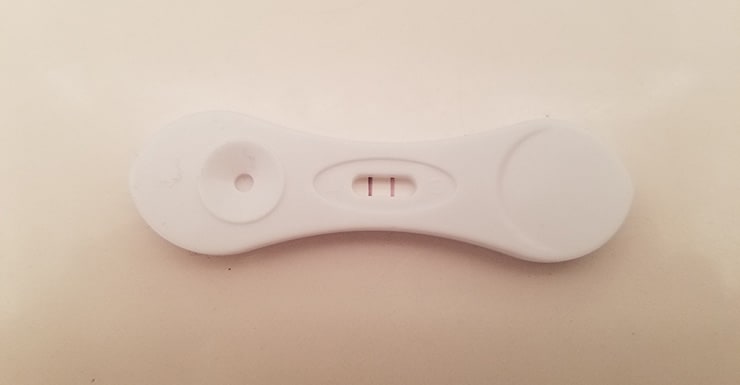 We had our first doctor’s appointment about a week after our positive pregnancy test.  At the office, we had a brief conversation with the doctor, started prenatal bloodwork tests, and scheduled an ultrasound.  The next week we were able to see our little one via ultrasound and hear its little heartbeat.  We were about 7 weeks along and relieved to hear that things looked good–a little of my worry faded that day.

Fast-forward another week, and, for reasons both logistical and personal, we decided to try a new medical practice to continue prenatal care.  Our new doctor requested an additional ultrasound to confirm our pregnancy and due date (they hadn’t received the paperwork from the other doctor’s office).  We again got to see who we now lovingly referred to as our lentil (we’d started tracking our pregnancy progress on the Baby Center app and found that our baby was the size of a lentil during week 6–the name stuck and bags of lentils magically appeared in the house as loving reminders of our future).  Lentil looked happy and healthy with a strong heartbeat and we even saw a few kicks of a leg.

Again, being over 35, I was still cautious, but turning the corner to optimism, as I was getting further along and got to see lentil not once, but twice.  I still read up on statistics, trying to keep myself grounded and realistic.  A few things I found online:

With everything looking good, our next step was to schedule a Nuchal Translucency Screening or NT Ultrasound (you can learn more here).  This particular screening is a specialized ultrasound given between weeks 11 and 13 in pregnancy.  It measures the fluid at the base of the neck to determine whether there’s an increased likelihood the baby has a chromosomal problem.  We were referred to and scheduled our NT ultrasound with a high-risk pregnancy center in town. 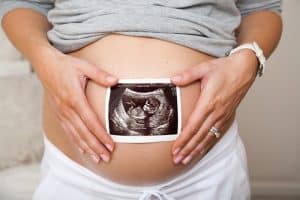 We arrived at the appointment and met with a genetic counselor to discuss office policies and procedures.  We also discussed other available screenings, including non-invasive blood tests that provide odds for genetic disorders and can determine baby gender.  After our meeting, we went to the ultrasound room and waited for the sonographer.

Excited for our third chance to see lentil, we waited for the sonographer to pop the picture on the screen.  Her first question was how far along I was, to which I replied: “A little over 12 weeks.”  Her response back was, “Hmm, I’m measuring a little over 10 weeks.”  I thought to myself, did we get our due date wrong?  Then the slow realization that something was wrong started to sink in.  She asked, “Have you seen the heartbeat before?  I can’t find one.”  Our world turned upside down.  Our lentil hadn’t made it; lentil had passed away 2 weeks ago and we hadn’t a clue.   The doctor came in after the sonographer and confirmed the bad news, went over some paperwork, and recommended next steps.  We left the appointment devastated.

A silent or missed miscarriage is defined as a miscarriage in which there aren’t any typical symptoms like cramping or bleeding.  I thought back but hadn’t noticed anything out of the ordinary and still felt pregnant.  It was hard to imagine I’d silently miscarried.  Nothing felt different, but everything had changed.

Later in the day, I was contacted by my doctor’s office to pursue follow-up treatment.  I was given three options:

I let the office know I wanted to have a D&C and scheduled a pre-op appointment the next morning.  During the pre-op appointment, we met with the doctor performing the surgery and were given information on the procedure.   We were also handed paperwork and directed to go to the hospital admittance department to prep for surgery the following day.  I also received a prescription for ibuprofen and a mild narcotic to assist with any discomfort after surgery.

A D&C is a surgical procedure where the cervix is dilated and the contents of the uterus are removed (either by scraping the uterine wall or by suction).  The procedure typically lasts about 15-20 minutes and is done under some type of sedative.

In preparation for my D&C, I was directed to avoid any food or drink after midnight and told to be at the hospital at 9:30 a.m. for admittance.  Shortly thereafter, I was taken into same-day surgery, got into a hospital gown, and given an IV.  On the bright side, the hospital had a Bair Paws hospital gown with a warming unit to keep me warm and cozy–loved it!  I was also given leg compressors to massage my legs and prevent blood clots.  The wait was long, but Drew was there to keep me entertained and he even put on Netflix for a while.

When the time came for surgery, I was wheeled into the operating room and given general anesthesia via inhalation.  Drew had the opportunity to grab some lunch and was told how to monitor my progress on the hospital screens.  He’d be called when I was out of surgery and ready for a visitor.

I woke up in the recovery room about an hour and a half after I was given anesthesia.  There were clocks on the wall directly in front of me both in the operating and recovery room so I was able to keep track of time.   I was told the procedure went well but was an emotional wreck once I was awake and immediately started crying for 30 minutes.  It felt like the final loss and was hard saying goodbye.  Thankfully, Drew was able to come back and sit with me not too long after I awoke.  Once we got the green light to leave, I was taken in a wheelchair to the entrance and Drew pulled up to the curb to get me inside.  I spent the day resting and cuddling with Drew, taking a bit of medicine when I didn’t feel too good.  I was given directions to take it easy and not drive for 24 hours, then to resume normal activity slowly, and to call my doctor if any problems arise.

There’s been bleeding, but nothing that seems out of the ordinary.  I’m almost 24 hours through recovery and hanging in there. 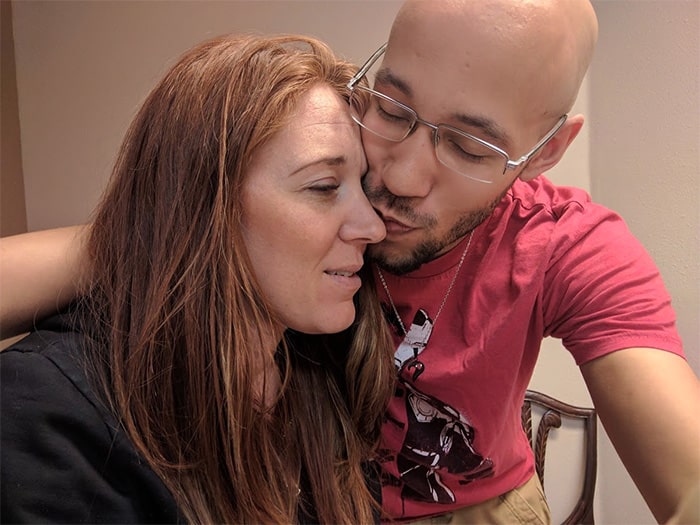 I’ve had some candid conversations with friends and family about miscarriage, but I find it’s not something often talked about.  As we’ve shared the news with those that knew about our pregnancy, I’ve been reminded that many people I know have suffered similar losses.  I debated on whether or not to share our story–to keep our grief mostly silent too.  But, somehow it didn’t feel authentic or like the appropriate way to honor lentil.  So, this was our story.  And thank you to all that have shared their stories with me and for the compassion and kindness shown in sharing our burden.  We love you.

Deirdre is a project manager, writer, wife, and mother who enjoys saving others money through teaching smart personal finance, coupons, and finding great deals. When not on a quest to save others money, she enjoys regular mid-day naps (much to the chagrin of her husband) and eating delicious food (read: any kind of carb).